This 18k yellow gold Agadez cross captures the assurance of good fortune with a stylish allure and grandeur. This gold agadez cross pendant is crafted to perfectly straddle the line between eye-catching distinctiveness and casual daily wearability.

That’s why we made sure the pendant is carefully crafted in a style that incorporates the many interpretations of the Agadez symbol in such a manner so as to capture the diverse array of contexts and aesthetics within the cross’ history.

This gold agadez cross is also delicately decorated with designs that best exemplify its historical beauty and significance. We make sure to take care in the attention to details, so you can be sure you’re getting the best possible realization of the symbol’s promise. This Agadez cross pendant comes included with a certificate of authenticity to show proof of ownership and quality.

With this Agadez cross you will also receive a refined case in leather for holding and for protection and to help care for your jewellery and ensure its longevity, we will also include a cleaning cloth made of 100% cotton; perfect for cleaning this Agadez cross without leaving
scratches or wear marks.

The Agadez cross, or the southern cross, is a symbol of cryptic origin. This cross is said to symbolize prosperity and fortune, but much of the symbol’s background is an enigma: obscured through years of historical uncertainty. So what does the Agadez symbol truly represent?
To some, the Agadez cross is a Talisman that shields its wearer from the dangers shrouded in darkness and the unknown.

Legends tell of its ability to bestow its wearer with the blessing of power, and its capacity to guard hearts from the impurities of negative thoughts and the dour trappings of evil. Unburdened by the adversity of our worst impulses, and without the worry of the world’s evils, a person can make true pursuit of a life as the best and most actualized version of themselves.

In other tales, this symbol is one of a persistent love. In olden folklore, a young nomadic warrior wants to confess his love for a young woman. The woman, however, was bound to her home and was prevented from receiving all messages from the outside world. Disturbed and desperate, the warrior turned to a blacksmith and asked if he could craft a secret message that might be delivered undetected to his prospective lover.

The blacksmith agreed, and forged a symbol that discretely combined the two syllables of the Tamashek word for ‘love’. Their plan was a success, allowing the warrior to sneak the jewelry to young woman, letting her know how he felt and solidifying the symbolism of love in the canon of the cross’ meanings.

In a third story, this pendant was said to be given as a gift to celebrate the prime of a young man or woman’s life. In this fable, a father gives an Agadez cross to his son to celebrate his youthful vigor and vitality. To the father, this gift was his way of giving his son an insight into the four cardinal directions of the world.

Apprehensive of his son’s newfound freedom as a young adult, the father knows his son can travel anywhere he wishes, make any set of decisions he pleases, and end up anywhere in life that his decisions might land him. The insight into the cardinal directions blesses his son with the wisdom and wherewithal to fully understand the scope of his decisions in this world.

Be it as a guard from evil’s influence, a symbol of the enduring power of love, or a talesman to celebrate the possibilities of life, there is no doubt that the Agadez cross is a symbol of good fortune. 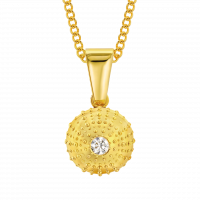 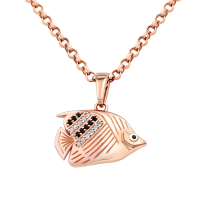